Which Circle Are You In? 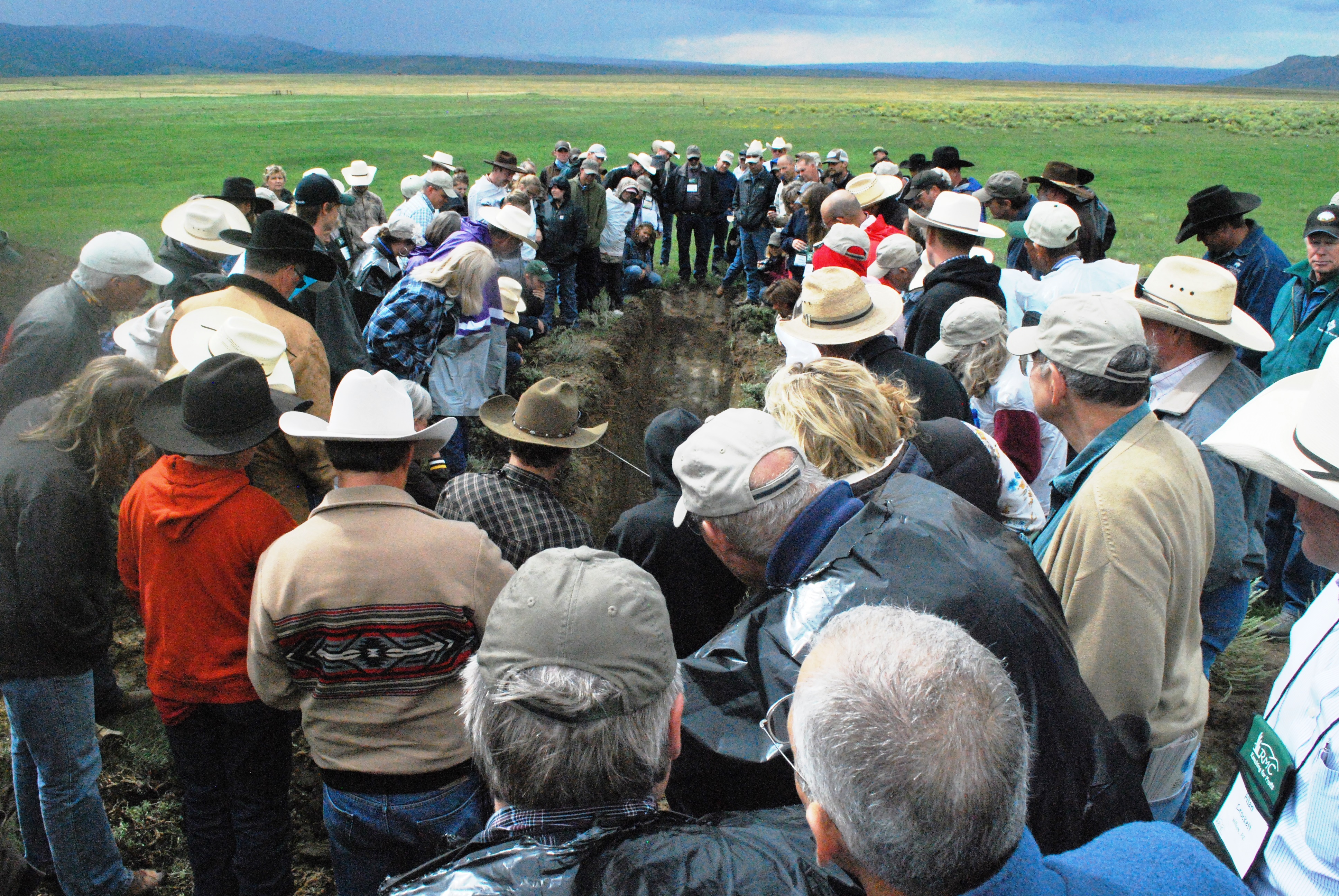 I go to a lot of meetings. I often hear people complain about how tough we have it. The three favorite topics are bad weather, low prices and government regulations (three things you can’t do anything about). Those are followed up by gossip about the neighbor … and if the neighbor is there … it turns to gossip about the other neighbor.

One of the things I enjoy most about the people who come to the Ranching For Profit School and who join Executive Link is their attitude. They aren’t there to complain about government policy, commodity prices or weather. They are there to figure out what they are going to do about government policy, how they plan to position themselves relative to markets and how they plan to prepare for and manage through severe weather. They work in a different circle. 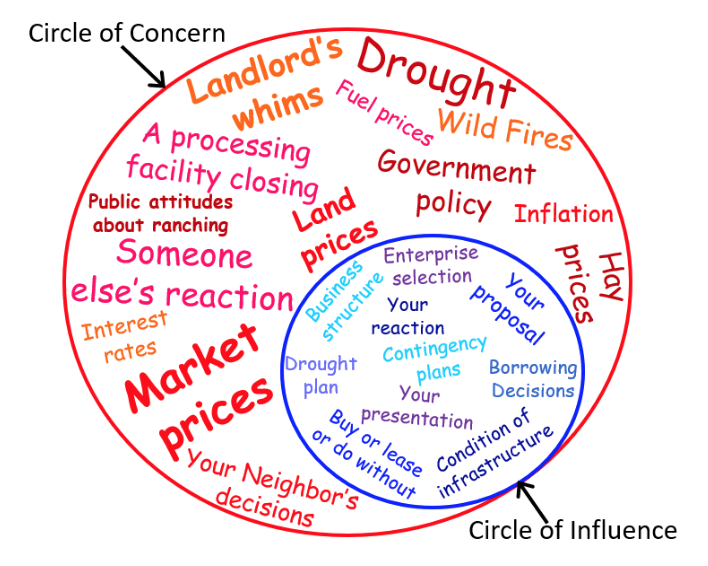 This is more than a theory. A young couple asked for my advice regarding a problem “with their parents.” They were excited about the things they’d learned at the Ranching For Profit School but were concerned that when they returned home their family would be resistant to change and would reject their ideas. “They won’t let us do anything!” they complained.

“They won’t let you do anything?” I asked. “They won’t even let you write a proposal?”

“They won’t show us the numbers,” they said.

We had just talked about how reconstructing last year isn’t very useful since you can’t change the past. It is much more valuable to make projections. I reminded them, “You don’t need last year’s numbers to make projections for next year. Can you project the impact of the changes you want to make on overhead costs,  gross margin and turnover?”

They reluctantly agreed that they could.

I continued, “Can you project the cash flow, determine how much capital would be required or liberated, and show how labor would be impacted by your ideas? Could you project the implications in drought or low markets or other contingencies?”

They’d been focusing on their circle of concern and something that they couldn’t do anything about (their folks reaction). I was trying to steer them into their circle of influence and the things they could control (creating a proposal).

This isn’t just about effectiveness. It is also about happiness. It is easy to blame things beyond your control, but pity parties aren’t much fun. In fact, framing yourself as a victim leads to anger, frustration and depression. In contrast, there is nothing more motivating than producing results. ALL of the results you produce come when you work in your circle of influence.

There’s no point complaining about things you can’t do anything about. It’s not prices, government or drought that will determine your success or failure. It is how you position yourself relative to these issues and how you manage your business through this environment. To find proof, all you have to do is look around. Some people managing through drought, depressed prices and working with agencies, are more successful than others. It’s not just luck. It’s what they do that makes the difference. It’s not the situation but our response that counts.

It is easy to be distracted by all of the things we care about that we can’t change. The challenge is to find the part of these things that we can actually do something about. There’s plenty in our circle of influence to keep us engaged and productive. It’s time we rolled up our sleeves and get to work on those things.

3 Responses to “Which Circle Are You In?”

Good one Dave, I needed to hear that.

Framing yourself as a victim leads to seeing others as villains to blame and looking for a martyr to save you. Taking responsibility for yourself by being a leader is the first step to sort out what you can do something about from what doesn’t belong to you.

[…] by Dave Pratt via Ranching for Profit School […]