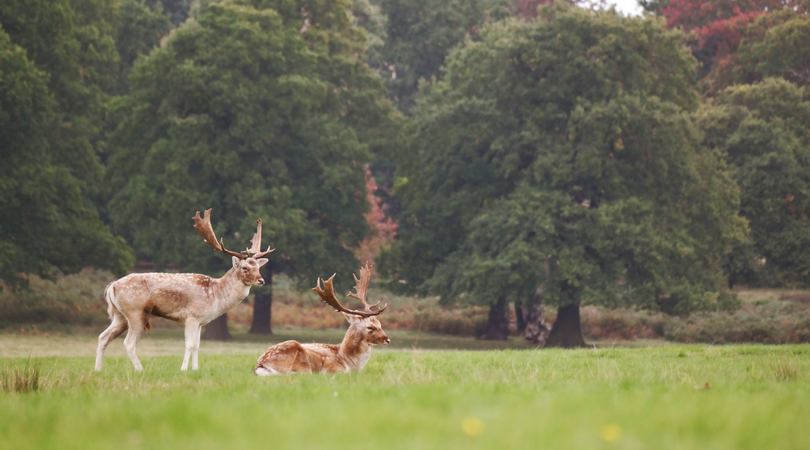 North American livestock producers are the most productive in the world. We are also the least profitable. Could it be that our battle to increase production is the reason for economic failure?

We are engaged in a cold war with nature. We are armed with an impressive arsenal. We seed and fertilize and spray and mow and plow and burn. We vaccinate, drench, implant and supplement. We feed from barrels, blocks, bales and bags. We keep bunkers full of hay. We fight the weather to get feed to the cows and struggle to save calves born in winter and spring storms.

All of these things have made us productive. They have not made us profitable. We are running out of money.  Just like the cold war bankrupted the Russians, our cold war will bankrupt us. We are going bankrupt economically and biologically. Take for example our reliance on energy. Burt Smith, a former extension specialist in Hawaii, once wrote, “There’s a lot of oil in a pound of steak,” referring to the fossil fuel-dependent structure of our industry.  That might have worked 50 years ago when gas was 30₵ per gallon, but fuel costs are roughly 10 x higher now. Cattle prices are only 2-3 times higher. This means that someone is making money, but it probably isn’t you.

The increased price of fuel reflects its growing scarcity. We may not run out for many decades, but the easy stuff has been pumped and the remaining reserves are more expensive to extract. But fuel isn’t the only thing that’s being depleted. According to Natural Resource Conservation Service estimates, the rate of erosion from range and pasture lands averages twice the rate of soil formation.  Soil loss from cropland is over 4 times the rate of replacement.

The frequency and severity of floods and droughts are increasing. Weed problems are increasing and our dependence on fertilizers and herbicides is growing. We work dawn to dusk, with a business that may have assets of a million dollars or more, living like paupers. These and other stresses are straining relationships within farm and ranch businesses. Conventional farming and ranching is not sustainable.

Will we keep farming and ranching until the money, oil, soil and family all run out?

There is an alternative. Ranching can be economically, environmentally and socially sustainable. But profitable ranching requires a drastic change in our thinking. Einstein could have been talking about the livestock business when he said “The significant problems we face today cannot be overcome with the same level of thinking which caused the problem.”

Maybe we should start by thinking about one of the most productive grazing operations in history. The operation was incredibly productive before we ever built fences and barns, or grew and fed hay. The operation still goes on today although on a much more limited scale. This efficient operation has no expensive infrastructure or capital costs. Overhead costs are at a minimum. It uses a concentrated breeding season, and a strict culling policy. It may be the prototype of a profitable ranch today. It’s nature.

What would happen if instead of fighting nature, we worked with nature … if we tried to help nature do what comes naturally?

We can start by recognizing that we are not so much in the cattle business as we are in the energy business. Our job is to capture, harvest and convert solar energy into harvestable products.

I often ask students to imagine what would happen if we got rid of  all of the fences and abandoned our ranches? Would all the animals die, or would some survive? What would those that survived be like? When would they calve? What would the conception rates be like?

Wild populations of deer, elk and bison typically have weaning rates of 60 to 70%. When a rancher’s cow herd has a weaning rate of 80% (slightly better than the industry average), isn’t it fair to say that his conception rate is really only 20% … after all nature did the rest without our help. Now think about the infrastructure we have established, all of the overheads we bear and all of the hay we feed to support that 20%.

Change is never comfortable, but there has never been a better time for change in the livestock business. The industry is not economically, biologically or socially sustainable. It’s hard to go downhill when you are sitting at the bottom.

Laurie Lasater once said, “I think Nature is smart as hell.  I help as much as I can but I try to let her do most of the work.” Lasater’s approach of ranching with nature will be the key to sustainable production in the years ahead. It is a powerful strategy for businessmen who are Ranching For Profit.