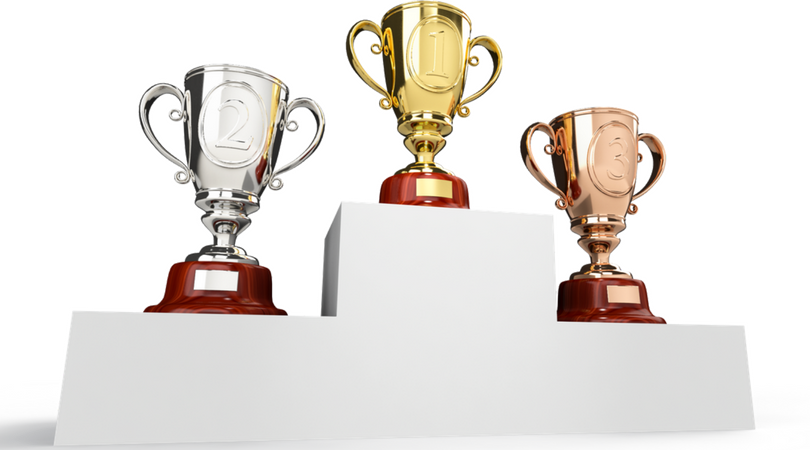 When my kids were young they played in a youth soccer league.  At the end of the season all of the players were given a participation trophy.  I sat there and applauded the kids as they passed out the awards, but the applause wasn’t sincere.  I thought, “Self-esteem out of control! You don’t get awards in life for just showing up!” but I mustered the required self-control to avoid rolling my eyes.  I’ve started to rethink this. I think Woody Allen had it right when he said, “80% of success is showing up.”

What got me thinking about this was a conversation I had with a Ranching For Profit School alumnus who’d had some setbacks in his business that were impacting him personally.  He had righted the ship and had a solid custom grazing contract for this season which will produce a modest profit this year. He told me he planned on doing things next year to make a bigger profit. He said that he needed to do those things “to feel like a success.”  He is looking in the wrong place for success.

The conversation got me thinking about the son of a close friend of mine. Chris (not his real name) is a great kid. I’ve always enjoyed talking with him.  For the past couple of years he’s been feeling a little lost, trying to find his way in life. He is in his second year of college, or was anyway. He completed the last semester but told me he didn’t plan to return to school.  He’s not sure what he’s going to do, but college wasn’t the ticket for him. It was clear that Chris felt like he’d let his folks down. They’d been helping him out with school. “I put off telling them until almost the end of the term,” he said.

“What’d they say when you told them?” I asked.

“They were concerned. I know they were disappointed in me,” Chris said with dejection.

“Did they say they were disappointed in you or disappointed that college wasn’t giving you what you needed? There is a big difference.” After some silence I added, “Chris, let’s assume that your folks aren’t disappointed in you, and that they are behind you 100%,” as I knew to be the case. “How would you be feeling now? Any better?”

He thought for a moment and finally said, “No. I’d still be feeling lousy.” He said this as though it was a new discovery.

“Then it isn’t approval or forgiveness from your folks that you need is it?  You have to forgive yourself. The only approval you need has to come from you,” I pointed out.  “Nothing is going to work for you until you forgive yourself.”

Chris and the RFP alumnus both said they felt like failures, and they both felt that in order to be a success they had to accomplish some goal.  If that’s the case I think success will always be elusive for them.

Having a successful business doesn’t make ME successful.  RMC needs to hit certain targets for it to be successful.  But its success is independent of my personal success. Sure, I’d like my company to be successful, and my team and I work hard to make sure it is.  But my success as a person is tied to other things.

In my opinion the factors that drive our success are integrity, growth and service to others.  If you met someone with character, who was growing spiritually and personally and who gave of themselves to others, wouldn’t you think of them as a success regardless of their business success?

Of course what you think of them doesn’t matter.  It is what they think of themselves that counts.  Self-perception can create our most challenging limitations or our most exciting opportunities. Success doesn’t come from out there, it comes from within us. It is not a function of what we get. It is measured by what we give.

I pointed out to the alumnus that I had seen him reading some books on business and it seemed to me that he was growing spiritually, personally and intellectually.  I know he is a man of integrity, and he seems like a loving father and a good husband. I know he is making a real effort to do a good job for his custom grazing client and that he supports the people in his community.  I told him that in my eyes, he is a success. Of course what I think of him doesn’t matter. He won’t be a success until he sees himself as one.

I’m guessing that he still thinks he needs a big accomplishment to feel successful.  But I think they had it right with the soccer trophies. It’s not the big things as much as the little day-to-day things that count.  I think Woody Allen was right. 80% of success is showing up.

To laugh often and much;

To win the respect of intelligent people and the affection of children;

To earn the appreciation of honest critics and endure the betrayal of false friends;

To find the best in others;

To leave the world a bit better, whether by a healthy child, a garden patch, or a redeemed social condition;

To know even one life has breathed easier because you have lived;

This is to have succeeded.