“No” Starts The Conversation 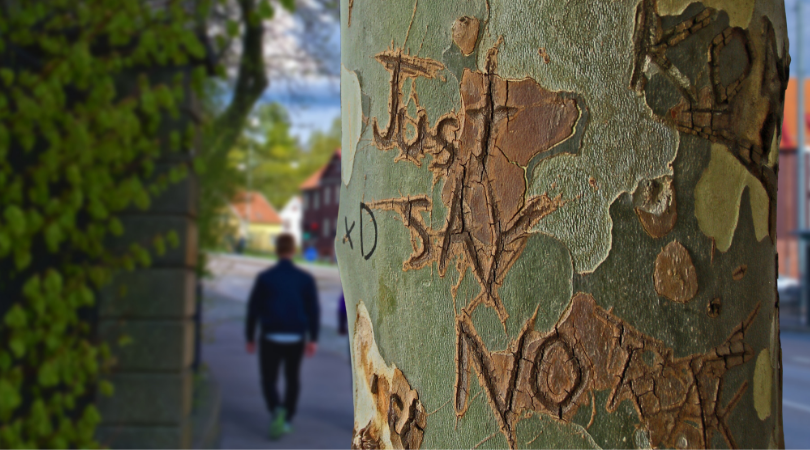 “No” is a powerful word. There are dozens of ways to say it … “That won’t work here,” or “We tried that before and it didn’t work.” But regardless of how it is said, it protects the person who says it and can be maddening to the person who hears it.

If you’ve ever offered suggestions to someone who had a problem, only to hear them say, “No,” as they reject every idea before they even consider it, you know how exasperating “No” can be. It only takes a couple of “No’s” in a row before you give up trying to help.

I have opportunities to observe and make suggestions to ranchers with all sorts of issues. When offering suggestions, I used to ask, “Why don’t you do X, Y or Z?” Of course, they would respond with exactly what I was asking for, an explanation of  why they didn’t do X, Y or Z. I’ve stopped asking, “Why don’t you…” and replaced it with a much more effective alternative, “What would happen if you did X, Y, or Z?”

People often respond to “What would happen if…?” with some variation of “That won’t work here.” Of course that’s not an answer to my question. But rather than confront them I just ask, “Yeah, but what if it did?” I’ve found it’s an effective way to get people to consider the upside of an idea they initially dismissed. If after exploring the idea we find the upside isn’t big enough, we can both say “No” to the idea and find another one to explore. On the other hand, if there’s a big upside to the idea, it might be worth following up with, “What would it take to make that happen?” or, “How could someone do that in a way that avoids (the major objection)?”

Chris Voss, a former FBI hostage negotiator argues in his book, Never Split The Difference, that “No” doesn’t have to be the end of the negotiation. It can actually be the beginning. Voss says that saying “No” makes your negotiation partner feel safer and invites follow-up. When confronted with “No,” Voss will ask, “What about this doesn’t work for you?” Combined with some empathic listening, his experience is that you have a good chance of reaching an agreement. And his negotiations involve life and death!

So, next time you say, “No,” ask yourself, “Do I really mean ‘No,’ or am I creating some space to think?” Recognize the effect that “No” has on others and ask yourself, “Is that the impact I want to have?”

And, next time you hear “No,” don’t accept it as the end of the conversation. It could be just the beginning.

4 Responses to ““No” Starts The Conversation”

Dave,
Another great Profit Tip. Thanks

Thanks for sharing the book and you thoughts. What I call ‘contrainism’ is something that saps my energy, motivation, & creativity. I have spent my adult life trying to positively deal what I see as a thinking habit, however, I’m no better than when I was 20yrs old. Your suggestions really give me some ideas to try out.

A former Olympic coach of mine taught me: when we ask a crappy question we get a crappy answer. When we ask why can’t I ….all we get is reasons why we can’t.

Holistic Management taught me to focus on the real deep things that we want….how we want to feel etc.

Then we can get to the heart of designing what would we need to put in place to create those qualities of life that are so precious.

To lessen the say-do gap between what we SAY we want ….and what we are actually DO-ing.

Holacracy offers ways for teams to collaborate and Individuals keep our sovereignty even when functioning as a connected and effective team.

Thank you for speaking words of truth and encouragement for the hardest ground we will ever face – that between our ears!

Can’t wait to meet in person and continuing to deepen our journey together.

Professionalizing Your Ranch »
« The Laws Of Economics