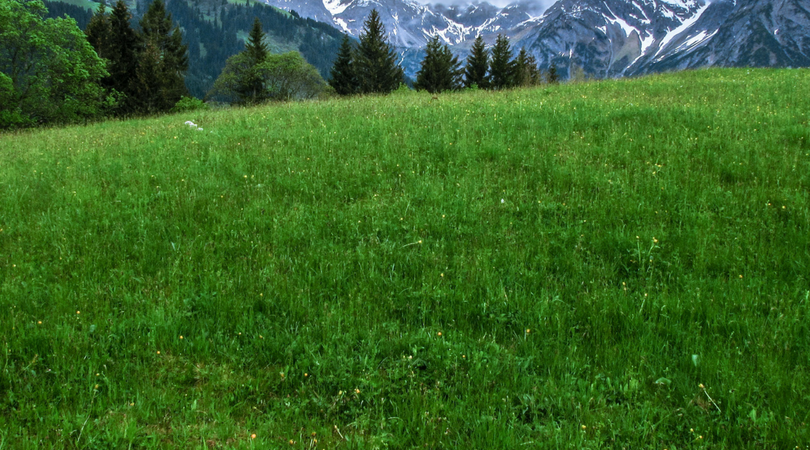 Take half – leave half.  It is probably the most common advice you’ll hear regarding grazing utilization. In my opinion it is bad advice. It was probably the brainchild of someone looking for a one-size-fits-all, easy-to-remember recipe. It may be easy to remember, but this recipe is likely to produce a crummy meal.

What does take half – leave half really mean?  I often joke that grazing all of one plant and not touching the plant next to it is taking half and leaving half.  While it isn’t what the proponents of this rule have in mind, it is often the result we get when stock density is low.

Of course, rather than taking half of the plants, the objective is to take half and leave half of each plant. But how much of the plant is half?  If the grass in a pasture is 12 inches tall, grazing it halfway down to 6 inches is not taking half.  The height:weight relationship varies from species to species and with different growing conditions, but typically, grazing a pasture from 12 inches to 6 inches removes about 20-25% of the forage.  Removing 50% of the forage may mean grazing the pasture down to 2-3 inches.

Here are the problems I have with the take half – leave half rule:

Take half – leave half is not a one-size-fits-all principle. It is a one-size-doesn’t-fit-very-many-very-well-very-often sound bite that smart graziers ignore.

The Nine Calf Cow »
« What Does Mom Want?