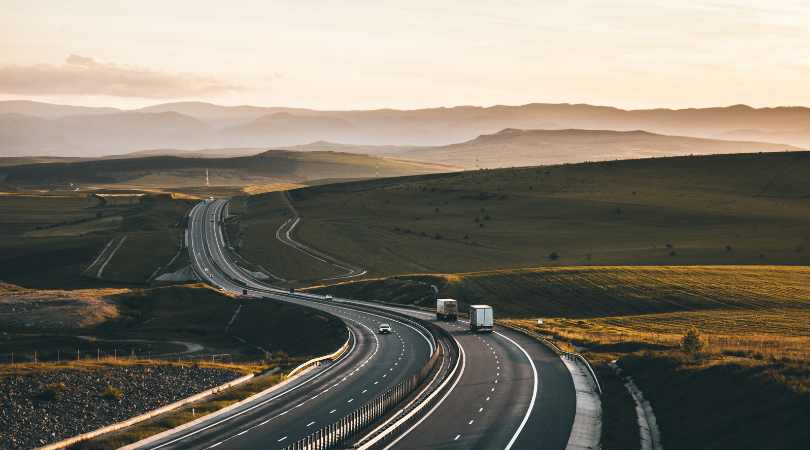 You’ve probably heard the expression, “Go big or go home.” But there is another time-tested strategy that has a higher success rate: “Go long.”

It wasn’t just water that carved the Grand Canyon, cold temperatures that led to the last ice age, or a smart investing strategy that made Warren Buffett wealthy. In each case there was another ingredient: time … a long time.

Warren Buffett is widely accepted as one of the sharpest, most successful investors of our time. According to Forbes his net worth is over 80 billion dollars. In his book, The Psychology of Money, Morgan Housel explains that Buffett started investing as a teenager. What most people probably don’t realize is that over 99% of Buffett’s wealth was generated after he was 55, and over 95% was generated after he was eligible for social security. Being a good investor isn’t enough. Warren Buffet plays the long game.

The long game produces big results slowly, at least at first. The power of compound interest only becomes obvious in an investment’s third or fourth decade. That makes it a hard game to start, especially when you are young, strapped for cash and trying to grow a business. We want BIG results and we want them NOW! As we pursue one idea after another it is easy to convince ourselves that we have nothing to invest and even if we did, we need results sooner rather than later.

Too many people invest everything they make from their ranch back into the ranch. The result is that people, who in any other profession would be retiring, remain financially dependent on the ranch. That adds unnecessary stress on the next generation. Adding to the stress, especially when the ranch is their only significant asset, some feel they need to divide the ranch, leaving heirs with properties that aren’t economically viable and creating the potential for conflicts that could have been avoided. Imagine how different it would be if today’s older generation of farmers and ranchers had played the long game.

Great article as usual, but where do you find an investment with 7,5% interest ???

How would these returns look if adjusted for inflation, and I’m refering to real inflation, not the manipulated CPI? It would also be quite valuable to see the estimated returns if you swap out the S&P with the Nikkei or say Nebraska farmland over the same period. If we were all as capable investors as the Oracle then wouldn’t he be just as poor as the rest of us in the zero sum game of investing?

Pick your index and you can work it out. According to the Bureau of Labor Statistics, the average inflation rate since 1920 is 2.6%….so, adjusting for inflation, you could use 5% (4.9%) instead of 7.5 for the S&P 500. It’ll be wrong, but it’d be in the ballpark. There’s an investment return calculator that adjusts for inflation at http://www.bankrate.com/calculators/retirement/roi-calculator.aspx

A total truth. It is the situation we find ourselves in today on our place.

Great advice Dave. If you invest in a Roth IRA, all of the gain is tax free, and you can withdraw any contributions at any time without penalty. If you have employees, offering a simple matching IRA can have some fantastic tax benefits as well. Filling out your IRA should be the first check you write each month.

A ranch is the long ultimate game. Its just not economically divisible as is a stock portfolio.

I agree, that’s why putting all of a Ranch’s positive cash flow back in the ranch is usually ill advised.
There is an option to splitting the ranch among heirs. I’ve seen successful situations where the land was left in an undivided interst to “the kids” with a buy-out agreement for heirs who want out. Heirs get bought out at a steeply discounted rate (ater all, what’s a minority share of a family business or asset really worth? — and in my minds eye parents are entitled to do what they want with THEIR money… parents don’t owe their children an inheritance). While the land can be left in an undivided interst, only one family member should own and run the operating business, paying fair market rent to the land ownership group.

It is true that we need to think long term, also that we need to make a profit in the short term and invest in things that will likely turn a profit. There is actually no guarantee that the S&P will increase in value or even still exist in another 70 years.
Gabe Brown advocates creating a 200 year farm plan and I think that is smart. What is the 200 year history of the S&P 500? 😉
Also, most of the grand canyon could only have been created by a very large volume of water in a relatively short time.

I like Gabe’s idea, but following your challenge (What’s the 200 year history of the S&P 500?), what’s the 200 year history of your ranch? Which has better odds of lasting another 70 years, the average ranch or the S&P 500? Many ranchers have put most of the meager cash flow their ranches generate back into the ranch. That hasn’t set them up very well to deal with succession issues.
Nothing is guaranteed. But historically, the long game has better odds than any other game in town.

One thing I’ve noticed is the tendency to suggest to people that they invest their ranch profits in other enterprises like storage units or rentals, etc. While these can work just fine, I think people should recognize that these kinds of investments absolutely require some degree of management effort, and that mental and physical effort is then unavailable for the ranch enterprise. Investing in broad-based index funds like SP500 has yielded very fine returns while requiring virtually no management. I advocate for investing and then (almost) forgetting about it. Go run your business and let the market work.

“Farming Without The Bank” by Mary Jo Irmen deals with this same topic as well as “Becoming Your Own Banker” by Nelson R. Nash. Might be a good read for this winter.

I’m not a big fan of either book. The RIGHT banker can be an important partner to successfully grow and run a business. Allan Nation was right when he talked about using OPM (Other People’s Money) to leverage your own and increase profit. You just have to make sure that your economics are rock solid, you’ve assessed the potential risk, and you have a good working knowledge of finance…at least good enough to know if you’re banker is an asset to your business or a liability.

How is investing a “zero sum game”?

True, I suppose they do tend to die out with lack of interest in the younger generations.

VOO is an S+P 500 index fund, Vanguard. It has the lowest fees, and has averaged 12% for many years, higher recently. Work those numbers.. We use this as a benchmark,i.e., if an investment in cattle or land, or anything else, cannot produce more than 12%, with similar effort and time, then the moneys go into VOO.

Diversification across a variety of investments (ag and non-ag) is necessary, but let the main thing be the main thing. Time and effort is key. Don’t spread yourself too thin