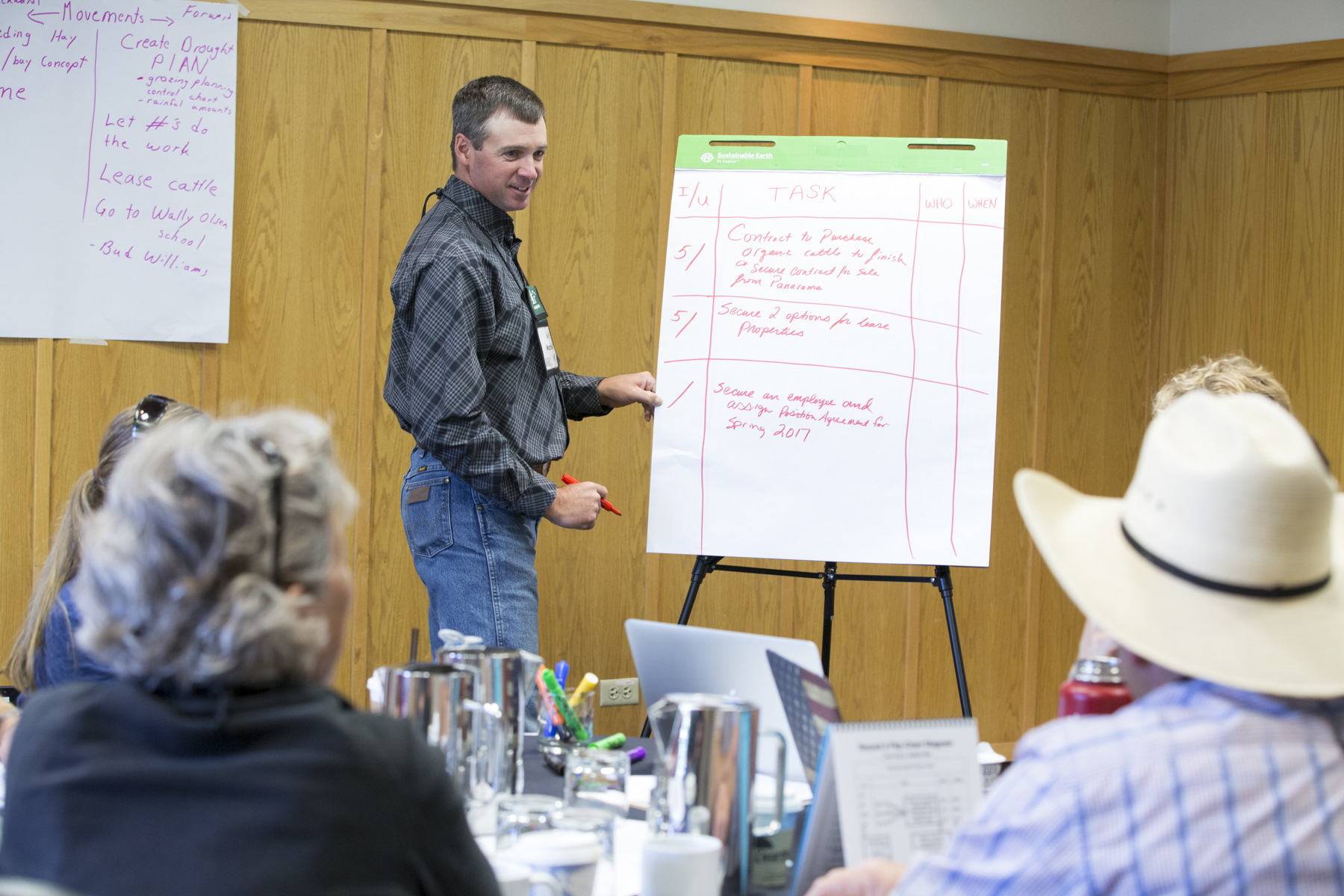 A young rancher attended his first Executive Link meeting a few weeks after completing a Ranching for Profit School. He showed his EL board the long to-do list he created at the end of the school and worried that there wasn’t enough time to get everything done that he needed to do. “I’m constantly putting out fires,” he explained to his board. After he described his situation, one board member wondered aloud, “I’ve no doubt that you are a very busy fireman, but it looks to me like you are also a very busy arsonist.”

In the RFP school and Executive Link we use a process to prioritize actions in which each action is given a score for importance and urgency. Every action on his chart was scored as “very important” and “extremely urgent.” He’d convinced himself that everything was a crisis.

As the board questioned him on the actions on this plan, they pointed out that the property development plan could be put on the back burner until other, more pressing things were addressed. The grazing plan couldn’t be implemented for at least 3 months. It was more important and urgent to complete the enterprise analysis. Even then, decisions on changing enterprises couldn’t be implemented for at least 9 months. While his eagerness to complete the grazing plans and enterprise analysis was laudable, he didn’t need to turn the analysis and planning into a crisis.

This young rancher’s plan was typical. While the action items may differ, most people mark everything on their plan as urgent. Their enthusiasm to get things done is understandable, but by making everything urgent, everything becomes a crisis. As a result, we rush things that shouldn’t be rushed. We overlook important implications and make costly mistakes.

There are occasional fires to put out in every business. The irony is that by treating everything as a crisis, we set many of the fires ourselves.

The answer is to schedule blocks of time, weeks and months in advance, for the incredibly important but not urgent tasks that we seem to be too busy to ever get to.  Taking a few minutes to deeply consider the importance and urgency of actions, and scheduling those actions, will lead to fewer fires, less stress and better decisions. When considering decisions that will have lasting implications, it is usually more important to get it right, than get it fast.

3 Responses to “Getting It Right or Getting It Fast”

You said young rancher new to the EL, but it sure sounds like you’re talking about me.
As usual this profit tip make good sense, thank you.

When Assets Become Liabilities﻿ »
« Having a Ranch AND a Life