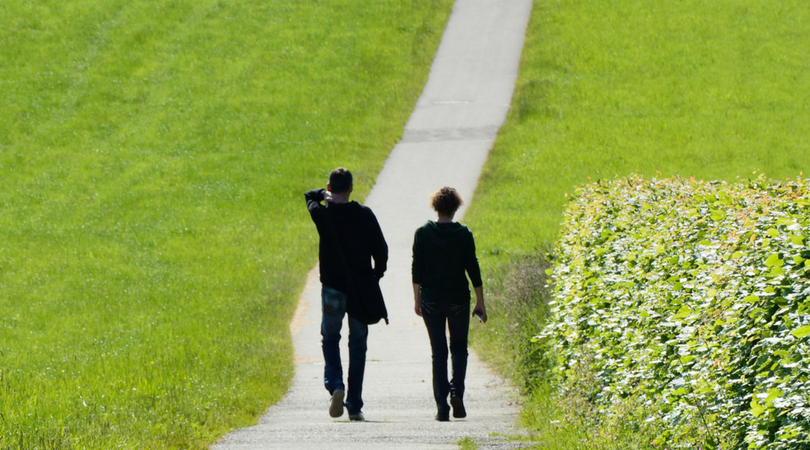 Life isn’t a fairytale. Sometimes regardless of how good our idea is, how well we listen, how well we prepare and plan, we still run into a brick wall of resistance. Sometimes we don’t all live happily ever after. I’ve had more than one ProfitTips reader write me to ask, “What now?”

The answer is simple, leave. Of course, leaving isn’t simple and it sure isn’t easy. But what’s the alternative?

If you are dissatisfied with the way things are, you only have three choices:

The third option rarely works and usually makes everyone miserable for a long time.

The challenge is to know when to give up and move on.

Sometimes we are too quick to give up. I remember a young man attending a Ranching for Profit school I was teaching in Calgary, Alberta, whose frustration was palpable. That day he’d heard about separating the operating business from the land business. He knew that leasing the ranch from his parents could be his breakthrough, but he said with certainty, “There’s no way Dad will agree to that!” Less than a year later he was leasing the ranch and his Dad was working part time as his hired hand.

Sometimes we wait and wait, hoping that it won’t take an undertaker to facilitate change. One young couple I worked with recently said that they kept waiting for their folks to follow through on vague promises of handing over more responsibility and authority. After 10 years they were still waiting. They put the blame on the folks.

I asked, “When did you realize that your folks were unlikely to follow through?”

“Years ago,” they said in unison.

I asked, “Knowing that your folks were not going to change, who made the decision to stay, you or your folks?”

It wasn’t their folks making them unhappy. It was the couple’s decision to stay. They looked at one another and realized that they could do something about their situation. A few months later they moved to manage a ranch in a neighboring state. They tell me the relationship with their folks has improved.

When you are working with rational people, it is usually possible to make changes that work in everyone’s best interests. (If you are working with irrational people, all bets are off.) If the situation is intolerable and you’ve no hope of changing it, your best bet is to get out, and the sooner the better for everyone involved. The sooner you move on, the sooner you can get to work building your future and the sooner it removes the fly in the ointment for everyone else.