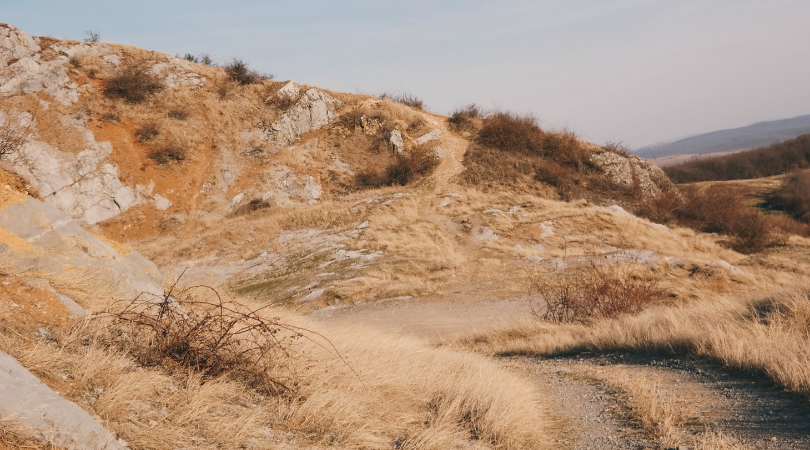 Millions of dollars in bad decisions are made every year as ranches manage through dry-times. Not to mention the damage to pasture heath that occurs through delayed decision making. Primarily, hope of moisture to come and emotional attachment to breeding stock, drive the procrastination of necessary decisions. Having a well-developed drought plan is something that can prevent this, but it must be done in advance of the drought. Let’s walk through the components of a drought plan.

What is the critical date by which if you haven’t received moisture, you know you are in trouble? Maybe there are 2 or 3 key dates. Write these dates down, then next to each date identify each drought indicator you will monitor and specific indicators for action. For example, on April 30th we will monitor soil moisture condition and moisture received from March 15-April 30. If this is less than 50% of long term average, then phase 1 of the drought plan is initiated.

What actions will you take? Maybe you already know what class of animals will be the first to go when you hit those early trigger points. Or, maybe the trigger points call for some economic analysis to identify which animals are most likely to have the greatest gross margin and you liquidate livestock based on the analysis. The point is, you must identify the classes of animals or the method by which you will identify those classes ahead of time.

For the long-term drought strategy consider your stocking strategy relative to the drought risk. That’s a fancy way of saying don’t stock the ranch up to your eyeballs with animals that you love, if you ranch in a drought prone environment. Have a significant percentage of animals in a “flex” herd or “disposable” herd that are easier to ramp up and down as conditions warrant. For many parts of ranch country, we recommend 40-60% of the total carrying capacity on the ranch be devoted to a flexible class of livestock.

For it to be a real plan it must be written and communicated. You are more likely to hold yourself accountable to it when it is written and shared. Too often we let emotions drive this decision. When in a drought it is a position of power to have grass and capacity for animals, when everyone else is overstocked and desperate.

Having a drought plan that relies on government programs and hay feeding will likely lead you down a path of disaster. Most government programs are structured to reward the least proactive operators. Hay feeding as a path to enduring the drought is a dangerous choice. For one you don’t know when the drought will end, and it is sure to take money out of your pocket with little promise of return. I won’t say it will never work, but it is safe to say drought feeding has hurt more ranches than it has helped.

Be ruthless in challenging your emotional attachment to your animals. I won’t deny that having a home raised cow herd has advantages in experience and adaptivity. However, reluctance to liquidate cattle that we love is like a ball and chain around the neck of many ranchers. One way to think more clearly on this, is to challenge sunk-cost and status-quo bias.  Here is a video explaining this concept:

List each class of animal and what they are worth in today’s market. Total each class separately and then total the market value of all livestock. Write out a check on a piece of paper to yourself for that amount, let’s say it is $350,000. Now pretend you have $350,000 in the bank and your ranch is in its current condition in terms of moisture received and forage in the pastures. How would you deploy that capital to create the business you want? Would you buy those animals?  Maybe only some of those animals? To what degree would you stock the ranch? If you wouldn’t buy them at today’s price then this is telling you to sell them at today’s price. This exercise can often help you think more clearly and not be so stuck in “this is what I have” thinking.

Drought planning is pretty straightforward. That doesn’t mean it is easy. A good drought plan must:

One or two good morning sessions with your team should be enough to produce a drought plan. Review it each spring to make sure it stays fresh and still represents your intentions. Here’s wishing you perfectly timed moisture this growing season.

Everybody I’ve talked too, like 3 or 4 fellow ranchers have said Ranching For Profit Schools is a life changing, illuminating experience…
I’ll take their word for it, I bet it is.

I would argue that drought planning is something to be done every day in grazing management, but especially in the good years! If managed properly, a producer is making deposits within their soil “bank” by laying down organic matter, increasing water infiltration rates, etc. Then in drought years, “withdrawals” from that “savings” can be made – grazing a little more intensively- to be able to hold the herd together. There’s value in having an intact herd directly after a drought as cattle prices typically run. There’s even more value in having land that doesn’t respond as severely to drought and will bounce back quicker than the neighbors place. There is a time to destock, for sure, but with proper land management, it doesn’t have to be the first step.

How very timely.
After decades of telling people that one of the biggest unfair advantages of ranching in western Oregon is that we virtually never have drought, I’ve watched our climate slide precipitously toward Mediterranean and routinely threaten drought. Just yesterday, my wife and I stood on the deck and looked at a pretty nice set of cow-calf pairs, cattle that will be sold…tomorrow. We have already turned back half of our custom cattle for the year. These steps leave us with less than 50% of our normal stocking rate. I hope we are being severe enough.

These steps are not easy, but they are not emotionally debilitating. We have designed our grazing enterprise it include 100% disposable cattle and we have followed the steps you laid out in today’s article. Most importantly, I have completely accepted the RMC mantra that drought is a normal, recurring condition of life, and that is a strangely comforting realization.

Lastly, I would advise that folks should routinely track the US Drought Monitor page: https://www.cpc.ncep.noaa.gov/products/Drought/

Gross Margin Inside the Cow Herd »
« That Crazy Grazing Stuff