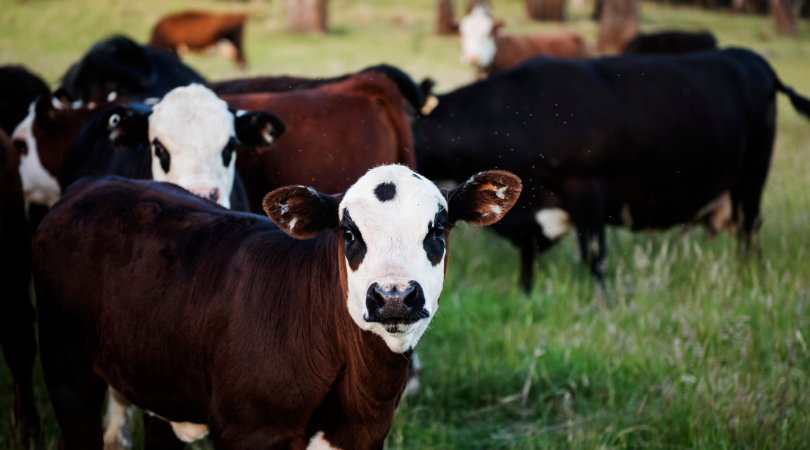 If you could only show me one number on your ranch that directly correlated to the profitability of your cow-calf operation, what would that number be? If you follow traditional thinking you might assume weaning weight, or price received for your calves. Not it. In fact, those numbers have little correlation to profit.

So, what is it? The answer is hay fed per cow. If you feed cows for 6 months a year, it is going to be very difficult to compete on profitability with a ranch that feeds no hay or only storm feeds for two weeks a year on average.

Don’t say it. I can read your mind. “Sure, that sounds good, but you can’t do that here.”  Well, it is interesting to note that no matter where one travels in North America, the average ranch feeds hay for about 120 days a year. Also, in just about every region, someone has cut hay feeding down to levels far below the average. I agree you can’t do this everywhere, but year-round breeding herds also don’t make economic sense everywhere. If you can’t reduce hay feeding to less than 1 ton per cow most winters, then perhaps a year-round cow herd shouldn’t be part of your enterprise mix.

In this case I’m defining profitability as the cow-calf unit with the largest gross margin per cow. Or in simple terms, the cow-calf unit that has the most money left over from the value of production after paying direct costs. Feed is generally the largest direct cost. As long as production is acceptable, most producers have much more leverage on the cost side of the equation. Now, let me be clear. There isn’t a recipe to follow to run a profitable ranch. There are always exceptions. I’ve seen highly profitable ranches that feed quite a bit of hay. I’ve seen ranches with very low hay use that have poor production numbers and disappointing profitability. However, as a general rule, I standby the high correlation with hay feeding and profitability. If a cow-calf enterprise is going to be a part of your ranch and you want to be profitable, I strongly encourage you to design a system that eliminates hay feeding if possible or uses it only as a “break glass in case of emergency” strategy.

At the Ranching for Profit School we dive deep into exploration of strategies to accomplish this. Some of these include:

Reducing or eliminating hay feeding has other benefits beyond improved gross margin per unit. The overheads required to run a business that needs piles of hay can substantially change when you get the hay out. I don’t want to sugar coat it. There are downsides, but in my opinion most of the downsides are far outweighed by the upsides. However, you’ll need to do a thorough analysis of the situation on your ranch to find the strategy that fits your operation. If you are ranching for profit, let a gross margin analysis and overall business profit projection tell the story. By the way….now is the time to be completing your economic projections for the coming year. After all, if you work on your projections now and you don’t like the numbers, you still have time to do something about it! We’d love to be a part of helping you get moving on this, reach out if you need assistance.

Great Article, have you ever seen a situation where a ranch can increase stocking rate with a small amount of winter supplements? Maybe not hay but a protein or energy supplement?

Hi Austin. Normally supplements, like protein stimulate digestion and can increase forage consumption on low-quality forages. This wouldn’t do anything to improve stocking rate on a given amount of forage, but it is often a good idea to maintain condition or performance. At RFP, we make a distinction between supplementing and substitute feeding. Supplementing with small quantities, where you can spend a little and get a big return is often a good idea. Substitute feeding is when you are making up for a mistake in matching stocking rate to carrying capacity (i.e. hay feeding) and almost never results in improved gross margins.

Dr. Johann Meaker developed corn based licks in South African and we find that a small infusion of a corn based lick with minimal urea appears to change rumen function. Thus a small amount of substitute feeding (less than half a pound a day in weight) appears to assist rumen function and thus BCS. High urea appears to make them want eat more hay which is not ideal in a drought. Starch on the other hand appears to create cow contentment. Similarly creep feeding of calves saves grass. The more grass you save the less hay you will buy?

We appear to have an immense capacity for drought or “co-efficient of variation” in Australia and when the digestibility of the feed drops – performance drops. Johann Zietsman has illustrated that for a 300 kg animal gaining 0.30 kgs a day it requires double the energy ro gain 1 kg – of that same animal gaining 0.90 kg a day. This inefficiency comes from the 2.22 extra days of maintenance on the 0.30 kg animal which could be about 80 MJ. BCS obviously drives fertility (and profit) so a US 16 cents a day investment year round appears to be cheap insurance in drought prone arid regions here. Thus we attempt to aim for a gain of around 1 kg or 2.2 pounds a day for the life of the calf/weaner – but continually evaluating this business on a Marginal Cost/Marginal Revenue basis. Currently it delivers about 200% margin over feed cost for the combined cow/calf unit, and is grass and soil carbon positive as a bonus. This may not apply in the USA?

I think the confusion here is quantity vs quality of forage. The supplement is useful when there is plenty of low quality forage available. In a drought there may be a lack of forage and the supplement becomes a substitute for available forage. In the latter case the costs become too high.

Focus on What We Can Control »
« Going Long

Close button text: No thanks! My ranch is already thriving with a healthy cash flow.