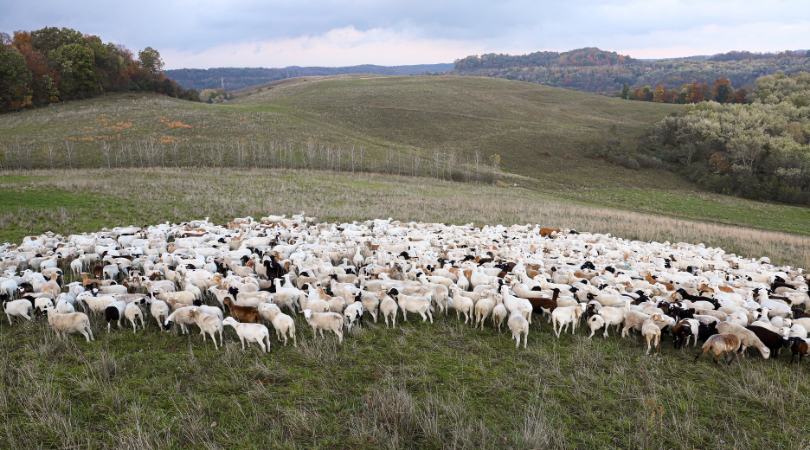 “When I bowl, I need the bumpers to keep the ball heading towards the pins, as my wife Maggie and I make decisions on the ranch we need bumpers to keep us heading toward our goal.” This statement was made by Austin Troyer at the recent Executive Link meeting in Billings, MT. Austin, Maggie and their son Harrison run Crossroads Land and Livestock near New Philadelphia, Ohio. They are a bootstrap operation running sheep on leased land moving towards ownership.

Austin shared with us their two ‘bumpers’ that keep them focused.

Austin shared how before they established these bumpers, they would come up with excuses to justify decisions that complicated their operation. They lease several properties and found themselves creating multiple herds on many of these properties. There were dry cows headed for market in the next few months, bulls here, and heifers over there. After a while each property had two or three herds and what was a simple process of moving pastures on each farm became a full day’s job. One herd per farm also facilitates good grazing management. Fewer herds raises the number of paddocks per herd with existing infrastructure. More paddocks per herd increases recovery period, and increases stock density; the greatest tool to building soil health. After they developed and committed to this bumper the operation became easier to manage.

Every animal appreciating, applies to every animal. Austin described how this has changed their approach to guardian dogs and bulls or rams for their operation. They began a guardian dog enterprise selling developed dogs to other sheep producers. More about appreciation and depreciation of breeding animals can be found here.

Bumpers like these provide focus and eliminate excuse making. What are your bumpers for guiding decision making on your operation? I’d love to see them in the comments below.

6 Responses to “Bumpers for Decision Making”

Love this, thanks Austin for sharing!

I’d be interested to hear ideas on how to prevent bull depreciation.

Find somebody to lease bulls from!

It’s easy to say: “soil first, then grass, then livestock.” It’s another thing altogether to actually abide by this ranking of priorities. Kind of like the lyric in Pete Seger’s song, “words, words, words, if we only understood them, if our lives pronounced them, how would this world be changed”.

I love this! I’ve never thought in terms of bumpers, but I think we will be developing some very soon! I foresee our bumpers including:
1) All enterprises must contribute to ecosystem health.
2) Enterprises must allow us time for family, community, and self development.
3) Every enterprise must be able to independently generate wealth.

That’s a great concept – our EL board was just talking about this in position agreements. The above two bumpers would be good in a position agreement. Outer boundaries may be as important as targets. If we are balancing multiple factors, we need to know where the flex is in order to find a better overall solution.
With the help of the EL board, our lender, employees, and owners, we have developed outer boundaries for our business in four areas: economic, financial, ecologic, and personal. They had to be meaningful, measure-able and achievable. These bench marks give meaning to and aline with our mission and vision while giving flex to our decision making process. They have already been the frame work for many high level decisions.

Maybe We Should Keep Those? »
« Can Small Scale Operations be Profitable?