Boots On The Ground 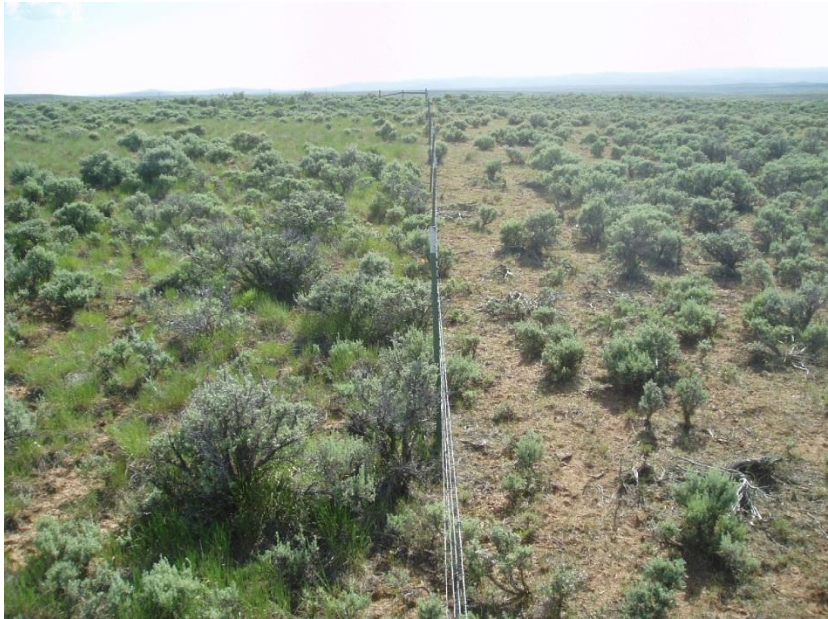 You can’t monitor the health of land from a windshield.  You’ve got to have boots on the ground. Even then, we tend to look across the land rather than into it.  Looking across gives a distorted picture of what’s really going on. We need to look into the land.

The ungrazed pasture looks like it has more cover, less bare soil and is generally healthier than the pasture on the right. But let’s change our perspective and look down into the pastures rather than across. 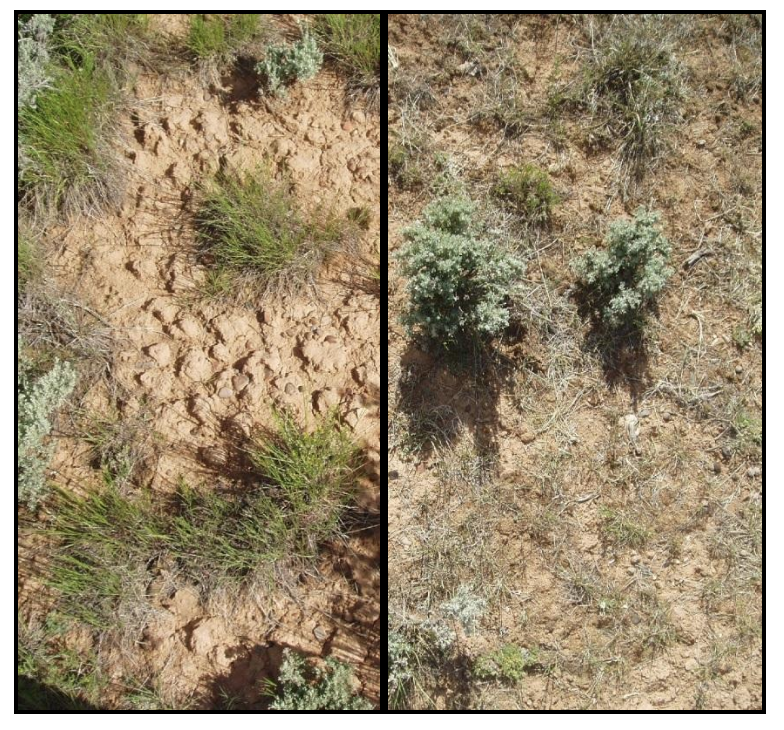 Left side of the fence hasn’t had any livestock grazing in 12 years. Right side is grazed one week every year.

Now we see the real story.  There is clearly more cover and less bare soil in the paddock with livestock grazing. The soil on the side with no grazing is not only exposed, it has formed a cap.  A cap is a crust that forms when raindrops fall on bare soil. Capping reduces water penetration and increases runoff. There is more litter covering the soil in the pasture on the right and the soil is loose.  When it rains, that litter will intercept those drops so they won’t hit bare soil. The litter will slow the flow and increase infiltration. That will grow more grass. Growing more grass will increase the volume of roots in the soil.  Those roots will increase the organic matter content of the soil, which will further increase infiltration, and it will hold more moisture longer into the dry season. (Organic matter holds 6 times its weight in water!)

Fence-line contrasts often look impressive, but they can be misleading. In comparing these photos it would probably have been useful to know that cattle left the pasture with the one-week graze period the day before the pictures were taken! Imagine what the side-by-side comparison looked like a week earlier or what it will look like two weeks after the next rain.

Next time you drive down the road, before you draw too many conclusions about the health and productivity of your pastures, it’d be a good idea to get your boots on the ground to see what’s really going on.