Boots On The Ground & Eyes Looking Down 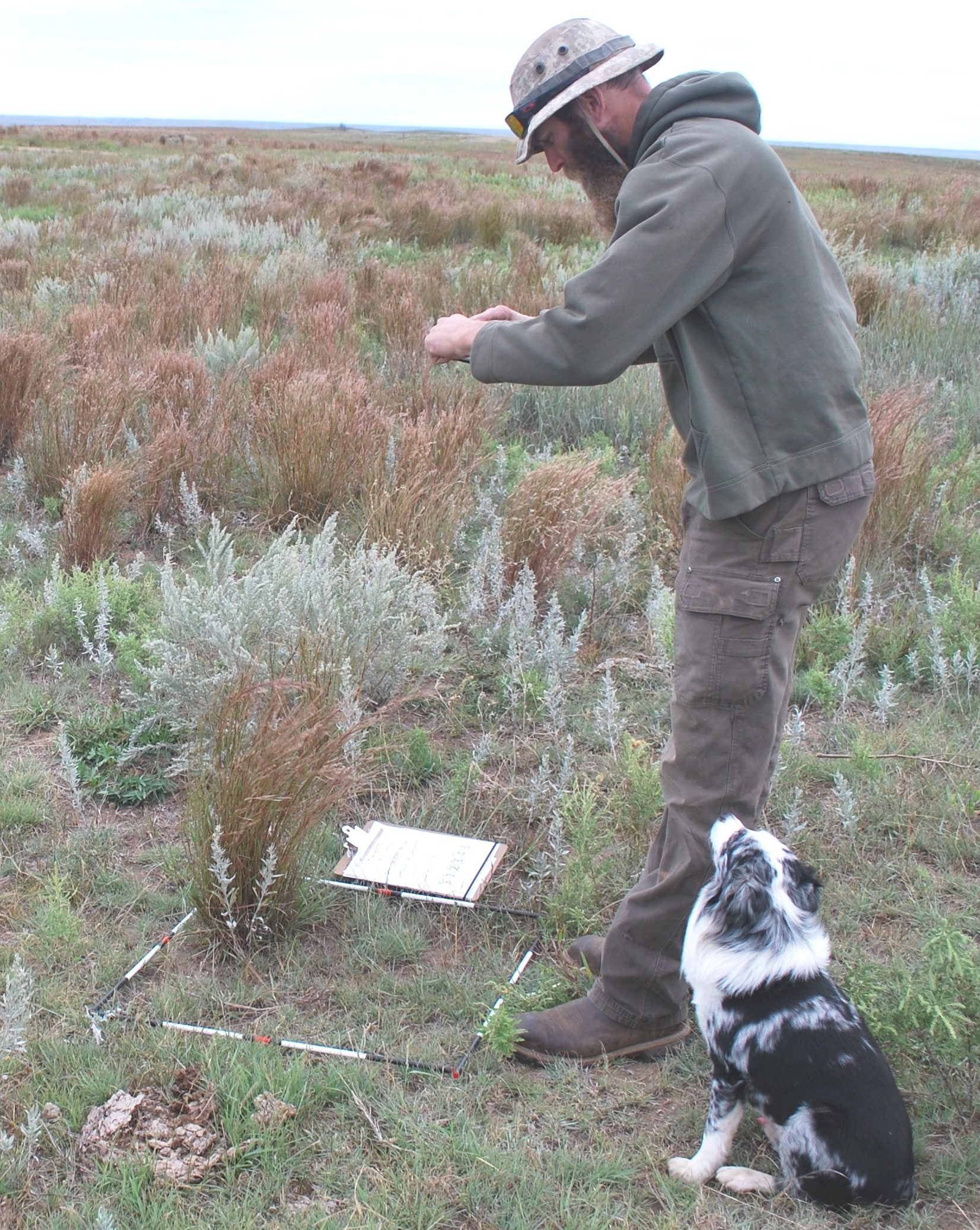 I didn’t understand why pasture rejuvenation was such a big issue to the attendees. A well-managed pasture shouldn’t need mechanical, herbicide or seeding treatments to stay healthy and productive. My opinion was confirmed by a couple of Ranch for Profit graduates who live near the study area. The alumni have nearly doubled their carrying capacity using the grazing practices they learned at the Ranching For Profit School. They have NOT had to resort to mechanical or chemical “rejuvenation.”

I’m told that most producers in the area set stock their pastures. I’m sure that’s why they have to resort to a plow, chemicals and seed so frequently to make their pastures productive.

After a short explanation of the trial, producers went out to the field to look at the various treatments. Looking across the study area, it was clear that there were big differences between treatments. One treatment involved plowing the pasture three years earlier. Standing at the edge of the trial it looked like the plowed plots had more forage than the plots that had not been plowed. Knowing that looking across the land doesn’t tell you anything about the health and productivity of a pasture, I walked out into the plot and looked down. Only then could you see that what looked lush and productive when looking across the land, was clearly unproductive and unhealthy. See for yourself in this 30 second video:

I invited everyone to step into the plot to see what I was seeing. Most of them did and were surprised to see how unproductive and unhealthy the pasture had become. One person said, “This is an ecological disaster area.” But there were a dozen producers who declined my invitation. I was told later that they routinely plowed their fields. After extending a second invitation to walk into the treatment area and look down, I gave up. Apparently, you can lead a producer to pasture, but you can’t make him think.

Note: The observations and opinions expressed in this column are mine and may not reflect the thinking of the organization that hosted me or ran the experiment.

4 Responses to “Boots On The Ground & Eyes Looking Down”

I frequently tell folks that best measure of my pasture management and of the ecological function of the land is the % of bare ground. As your video shows, this is impossible to observe unless you get your butt out of the truck and look at the ground. Nice work.

“…..you can lead a producer to pasture, but you can’t make him think.”

Survival of the Fittest & Natural Selection »
« How Long is Long Enough?