Are You A Superhero? 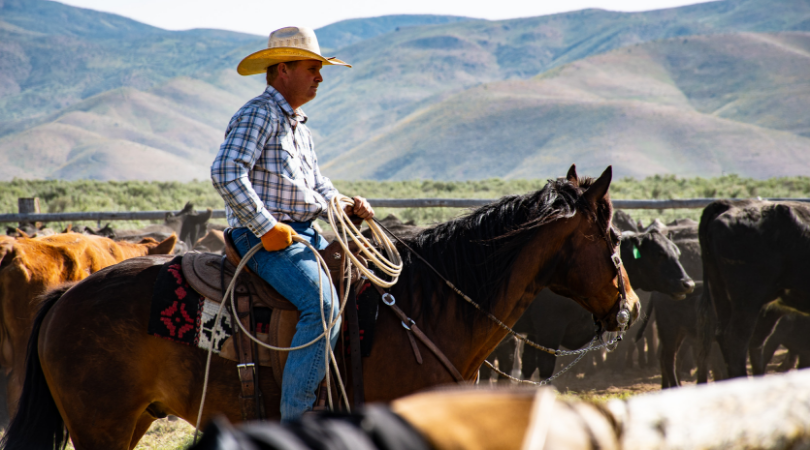 It’s a bird. It’s a plane. No, it’s an environmental superhero!

If you are using cell grazing you are an environmental superhero. Of course, no one has to know that, while saving the planet, you are also making your own ranch more productive and profitable.

Cell graziers are environmental superheroes because they stop overgrazing by giving plants time to recover after they’ve been grazed. They keep graze periods short to support good animal performance. They use high stock density to improve the uniformity of use in pastures and improve forage quality. They use large herds to create “herd effect” where it is needed. They usually build that big herd by combining smaller herds. Combining herds increases the number of pastures available per herd which keeps graze periods short and increases stock density. They also match the stocking rate (forage demand) to the carrying capacity (forage supply), annually and seasonally.

Cell graziers leave more leaves! They tend not to graze as severely as their neighbors. Whether animals are about to go in a pasture or about to come out, you will always see litter covering the soil surface. In a well-managed cell, litter breaks down and forms new soil. During recovery periods roots grow. When plants are grazed some roots die. During the next recovery period they grow again. Decomposing roots add organic matter to the soil. That organic matter makes the soil more fertile, more resistant to compaction, and increases its ability to absorb and hold moisture. In all but the most severe storms, rain soaks in rather than running off. Because there is very little runoff, and soils are covered with litter, erosion is virtually non-existent. Springs that went dry 50 years ago are flowing again. Species shift. Native perennials that people never saw in the area begin to reappear without seeding. Diversity, fertility and productivity are all on the rise. Herbicides and chemical fertilizers are unnecessary. The impact of drought is less severe. Cell graziers’ ranches are more productive, and their businesses are more profitable.

But that’s not what makes cell graziers environmental superheroes. It’s the benefits beyond their boundary fences that entitle them to superhero status. With less runoff, they are reducing flooding. With improved habitat, wildlife populations are healthier. Most importantly, their grazing practices sequester carbon.

Kermit the Frog said, “It ain’t easy being green.” But Kermit was wrong. When it comes to ranching, being green is less work than conventional ranching. It’s less work because checking one large herd takes less time than checking several smaller herds. Being green produces better results too — a healthier ranch, a healthier life and a healthier bank account! It also makes for a healthier environment for people you’ll never meet. That makes cell graziers, environmental superheroes!

Watch this video to see how growing one ounce more of available forage per square yard supports one additional cow per 40 acres:

One Response to “Are You A Superhero?”

Great profit tip Dave. It is awesome to think about the real dollars that can add up quickly, not to mention all of the ancillary benefits of cell grazing. Simple high tensile fences are the best capital investment we have ever made. Period. They helped us to utilize the grass so much better, let alone labor, planning, herd health, wildlife habitat, etc. A really big bang for our buck,, especially considering the price of buying more land in our area. We are in a very severe drought right now. We identified a shortage of feed 2 months ago and started rapidly de stocking. Without cell grazing, we would have been in a world of hurt right now. I feel bad for some of my neighbors and their herds.

The 3 Measures of Success in Business »
« The Unit