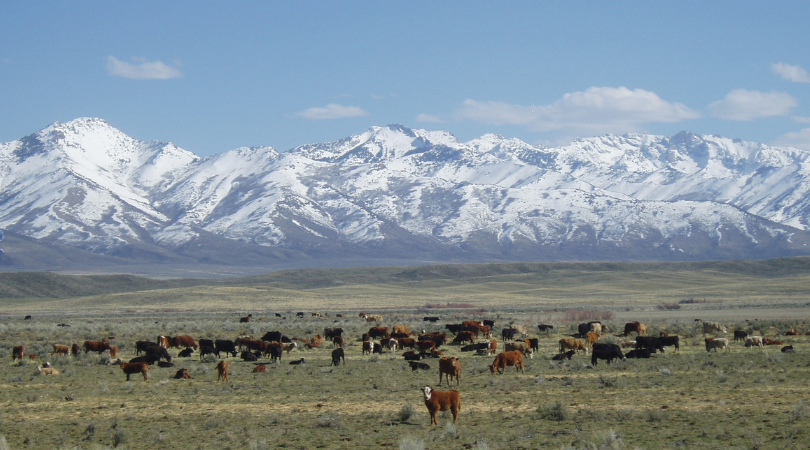 A popular industry magazine found its way to my desk this week. An article that described five essential “wisdoms” for producing quality cattle piqued my curiosity. According to the author, the first key is “Be fanatic about animal health.” Key number two is “Pay the extra money for a good bull and build a reputation for quality cattle.” According to the article that “will come back ten-fold when it’s time to market your calves.” Really? Instead of $1.60 a pound I’ll get $16.00 a pound?

Which are the quality cattle: A herd of sleek black cows with 95% conception rate and an average of 600 pounds per cow with a gross margin of $300 per animal unit, or a herd with cows that are every color imaginable, that have a 75% conception rate and produce a gross margin of $500 per animal unit? If you are ranching for profit the answer is OBVIOUSLY the second herd.

Here are the keys to producing quality (high gross margin) cattle, or any species of livestock for that matter:

These five principles can help you improve the economic efficiency of any kind of livestock. Please share with me and ProfitTips readers the principles you’ve found essential to producing quality (high gross margin) livestock.

14 Responses to “5 Keys to Quality Cattle”

Hey Dave
Very well said on a concept that is too often misconstrued by the livestock industry. This cannot be repeated often enough.
Thanks
Hugh

Great reminder of the importance of GM/Unit.

Because one of my priorities is to not have cattle in the winter, I need to replace nearly 100% of my cows each year. Here are some of my criteria:
No H1s.
Not many H2s.
No open cows.

Seek cows that have been terribly mis-managed by their former owners.

Result: I buy cows that appreciate rather than depreciate.

Note: It’s not easy. Buying cattle is the highest value work I do, and the most difficult.

Growing up in one of the highest seed-stock producing areas in the nation, this has been a MASSIVE paradigm shift from the high-quality=high production= how it oughta be done mind set that we’ve all brainwashed ourselves with.
As long as they stay sound (bad feet are a real issue), raise a calf, & show up pregnant every year; they meet my requirements. At least at this point.
A lot more to be said here, but you get the drift.

To have depreciation you have to have appreciation in inventory value. You have heifer calves going up in value or you are buying over valued cows.As John said he buys undervalued which you can do.He also stated that its hard work.It is much
easier for me to have a heifer program if you plan it to be easy.This means use easy calving bulls,calve on green grass and breed for a short time
.Most of the time a heifer calf is the most under valued animal in inventory.As she grows to yearling she grows in value.Turn bulls out and now she is a bred heifer and grows in value .Everyone is worried about that the heifer will not breed back.This open now H2 has giving you a calf(cash flow) just re-breed her and sell her and now there is cash flow and turn over. Granted she is not as good as the one that re-bred for her second calf but she is better that selling the heifer calf.Understand that the heifer calf is increasing in value two ways.She is growing in weight and if she breeds that is more value
.As I work at this I am turning in to a a heifer man because of those two points for income.Buying or keeping a set of heifers and running them as feeder heifers ,selling them as they fall out makes for good cash flow and selling the ones that make it to second or third calf cows is great for building wealth( Not having self employment taxes and able to capital gains the gain in value of the cow) .

Years ago we were buying other people’s culls as our replacements. By knocking all of the depreciation out of the cows (at that time about $300/cow/year), you didn’t have to be very productive to have a VERY high gross margin/unit. Our conception rate was much higher than 75%, but that’s not the point. The point is that no production measure matters unless you are profitable. We ought not try to maximize production, we should be trying to optimize it … to find the sweet spot between the value of output and the cost of achieving that output. That’s what gross margin per unit measures. The most productive cow herd is NEVER the most profitable (because of the cost of supporting that production) and Gross Margin per Unit is ultimately the only production metric that really matters. If gross margin is bad, some production and cost statistics can help us find out why it’s bad. But we can only assess if the other statistics are “good” in the context of gross margin. For example, if I have a 100% weaning rate, but my gross margin is bad, I would conclude that the 100% weaning rate was bad.
Bringing this back into the real world I am familiar with cull cow enterprises and H1 and H2 enterprises with conception rates of 75% or less that have very good gross margins.

Just to add to the discussion: Depreciation costs vary greatly depending on when in the price cycle you buy cows or retain heifers. A fifty percent increase in calf prices results in a doubling of price of breeding stock. Also lower capital gain tax rates can affect your replacement cows strategy,

All these comments and ideas touch on this but there needs to be sometime in the 12 months that the grass or available feed/forage/environment add major weight and quality to cattle and/or their offspring. Obviously grazing is the key to cheap weight gain but where we are at in Minnesota we do not see the big or cheap gains. Obviously we need pasture improvement through cell grazing or some other non input improvement such as water etc. Too often I feel that maintaining a BCS herd of 4.5, raising very average calves of average value with a fair amount of inputs of grain/hay/etc is the status quo.

My goal and free advice is to figure out where in the 12 month cycle and what type of animal can we get the big and cheap weight and quality gains. Not having cows in the winter is a great idea for Northern environments. Early weaning, grazing corn stalks, cheap feed, dry cows in the summer months really add weight. All good ideas and challenges.

New here. Can someone define H1 and H2 please

“H” stands for heifer. The number refers to the number of breeding opportunities the heifer has had.

H0: Weaned heifer calves that are kept for breeding but that will not be bred the 1st year. This classification only applies to animals that will have their first calves as 3 year olds. After weaning, most bison heifer calves are H 0.

H1: A weaned heifer calf kept for breeding. An H1 typically will have her 1st breeding season at 13 to 15 months of age. If she is confirmed pregnant she becomes a H2.

H2: Once an H1 is confirmed pregnant she is an H2. She will have her 1st calf and be exposed to a bull for a 2nd time. When her 2nd pregnancy is confirmed she becomes a cow.

Last point first. Let’s do that… let’s “create highly marketable animals with minimal inputs.” That will produce a good gross margin/unit (my definition of a good cow). The point is that the conception rate (95% or 75%) doesn’t matter if the gross margin/unit is bad. We are hitting bull’s eyes on the wrong target, shooting for production rather than profit.
The paradigm most producers seem to be stuck in is that higher production is the goal. But the most productive herd is NEVER the most profitable, at least in all the years I’ve been looking at the numbers, it hasn’t been.
Perhaps if this business weren’t so much about image, more people would get it.
The visible sign someone knows what they are doing in this industry is their calf crop. We want to hear, “That’s a nice looking set of calves.” I sometimes wonder how things would change if we had to paint the gross margin of the cow that produced them on the side of the calves. “Rather than “that’s a nice looking set of calves,” I think we’d be hearing, “Wow, you’d better keep your town job.”
Look, I am not saying production isn’t important, but the cost of getting that production is every bit as important.

Hi thanks for great article, very thought provoking. Just a little confused as to what your use of “depreciation” refers to?
Does it refer to the decline in value of a beast over time due to the decline in future cash flows as the end of its useful life nears after each new calf? If so, how do you reliably estimate depreciation when its highly sensitive to how many calves the average cow might have? And also, how do you eliminate depreciation? All finite assets will have depreciation so I would’ve thought breeders would all have an associated depreciation expense as their end of useful life nears.
Any help would be appreciated.

If Someone Is Doing It, It’s Possible »
« What is Sweat Worth?